Homeless and on the streets in Athens, Tennessee

Saturday's experience with the homeless woman opened my eyes. Despite being on the streets, she was clean, soft-spoken and well mannered. I ran into her at a deli here in town. She was a little bashful when she asked only for a cup for water but the counter person treated her as though the woman had ordered a full meal. 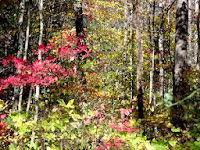 I watched her for a minute before going to speak with her. The woman's eyes grew big and her mouth dropped open when I said, if she was hungry, that I would buy her a sandwich. She asked me to repeat myself and was surprised even more when my offer was reiterated.

She agreed and we approached the counter. The woman became nervous and fidgety. When it was time to place her order she didn't know what to say. Quietly she asked if the deli had ham. The employee assured her that they did and asked her what size.

The woman glanced at me and seemed uncertain. I told her that she could get anything that she wanted. Still, she hesitated. The counter person was pretty savvy. He looked at me, back to her and said "Okay, one large ham sandwich. This is what it comes with. Is that okay?"

She hesitated again, answered yes and then thanked me for like the 100th time. The employee smiled at her and offered to wrap two halves of the sandwich for her. She said that would be nice and smiled real big.

Because, she said, it meant that her husband could eat too.

The lady and I talked for awhile. I told her that we were having a church dinner the next day and asked if she would like a plate. It's a shame that you couldn't have seen her face!

My husband and I delivered the containers to her the next day. She and her husband gratefully took them and thanked us many times over.

We heard their story, invited them to church and said we'd be back to pick them up if they wanted to come. But, we also explained that there wouldn't always be food and that nobody has any money. Neither hesitated to say yes, that they would like to come and seemed excited about the invitation. It's apparently been a long time since anyone asked them to come to church.

People look at small towns like Athens, Tennessee and don't think about homeless people who live on the streets. It's a common myth that people who are down on their luck stay in cities where there are services that can help. No one expects that a couple would be living in the woods tucked away from view.

There isn't a homeless shelter here for women and families. If forced to, could I make a "home" for myself out in the woods? I pondered this as I waved goodbye to them.