Back in the day, kids who had projects that exhibited brain power were praised. It stinks that the times have changed so badly. My usual claim to fame was the spelling bee. My family supported it because it was fairly easy and cheap. (Plus, Mother had been a spelling whiz back in her day, so that was on my side.) However, my grandfather worked on all kinds of two-way radios and had all the coolest tech devices known to man - for that day and age anyway.

In fourth or fifth grade he and I made a rudimentary electronic gizmo as a science project. My teacher was the incomparable Mrs. Koehler. The electronic plan was simple. Create a circuit board by screwing in an array of small bolts onto a wooden board. Wire in a tiny light bulb and run some wires to a few of the bolts - but not all of them. Double secure everything in the back with electrical tape so nothing comes loose when jostled. Stuff all this into a simple wood frame box and secure the back of the box closed with tiny hinges. 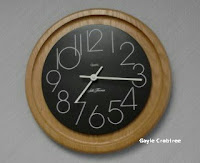 Then, take two metal alligator clasps and attach them to each end of a single wire. Clamp one end of the wire to a random bolt and put the other clasp onto a second bolt.

The concept is similar to jumping off a car battery. If you got the connection right, the circuit was completed and the light bulb would work. No connection. No light. Easy peasy.

For once in my life, it was carried to school a day before projects were due. I never had the best track record with school stuff. You can imagine the surprised look that Mrs. Koehler gave me for arriving with the project a day before it was due. She didn't expect it to show up, and she didn't know that my project was electronic. Come to think of it, I'm not sure Ahmed's teachers knew that his project was coming either.

Good thing that my story happened back when middle school was still called junior high.

Good luck Ahmed! A lot of us are looking forward to following your NASA career.