The adrenal gland mass is a pheochromocytoma

Life has been crazy so I'll cut to the chase. Many of you know that the doctor accidentally found a tumor on my adrenal glad recently. The CT that found it was ordered because of another problem. The accidental finding led to the original name of incidental adenoma. 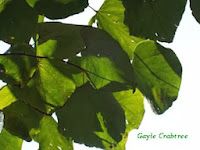 Blood work and a 48 hour urinalysis was done to fine tune the diagnosis. My general practictioner took one look at the new name and sent me to a surgeon. The diagnosis is that there is pheochromocytoma on my adrenal gland.

As many as eight people in a million will get this diagnosis. It's as though I won the lottery in a bad way. Treatment begins before surgery and can last for life. Or surgery can be the cure. There's no way to know which way things will go. The docs use the standard line "everyone is different". I think that's a catch all phrase for "we don't know".

The pheochromocytoma is one more thing to deal with. I want to yell and scream. This seems so unfair. I'm still dealing with foot drop. Of the million things that I had planned for my life, dealing with an adrenal mass isn't one of them.

Yelling and fussing won't do anything about the problem. It will be one foot in front of the other until we get all the data in and a solid treatment plan.

I see my GP later this week. A nuclear test is scheduled for next week. My surgeon sees me again the week after next. That's a humdinger of a schedule.

It's easier for me to keep everyone updated by blogging about the process. I'll post follow-ups here and possibly on Facebook.

Thanks for embarking on the journey with me.

Update 3/31/14
Thanks for all the prayers! The doctors have now decided that the mass is probably not a pheo. Even better is that there isn't anything that I have to do immediately. They may do more tests in the next few months but for right now, there's nothing worry some. :-)

From health to scheduling, this is such a relief in so many ways. As you know, my daughter graduates in May, another will be coming home near the end of May... Easter and lots of church things coming up... Such a relief. I praise God that it's all okay.
Email ThisBlogThis!Share to TwitterShare to FacebookShare to Pinterest
Labels: health, pheochromocytoma
Newer Post Older Post Home