ABC in Fresno, California is reporting on a new law that may have a negative impact on victims of domestic violence. California prisons are crowded. 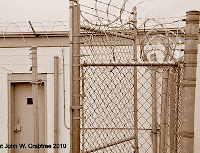 This is a common theme in the US right now. Rather than build more prisons to house inmates this state has come up with a potentially dangerous plan.

The ABC report referenced above says that in 2 weeks inmates who are not considered to be dangerous will be released. This includes offenders who are in prison for domestic violence.

Sheriff Jerry Dyer is quoted as saying "when offenders get out of prison they will re-contact their victims. And the consequences could be dangerous."

Victims of domestic violence should not panic. An advocate can help create a safety plan and answer questions. The Marjaree Mason Center in Fresno is a tremendous asset for victims. The program offers domestic violence support and a shelter. Survivors can find contact information and resources online.