I hope so. Actually, I hope this measure is enacted in every state. 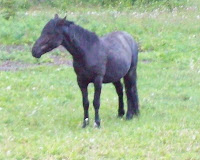 When the daughter of Diana Ross of Lexington, Kentucky died of domestic violence her mother fought back. Nothing can bring back Amanda Ross but a bill created in her memory might help others. The bill was passed by the House and now faces the next step in the process.

According to the Herald-Dispatch the bill proposed by Diana Ross would allow domestic violence offenders to wear ankle bracelets if ordered by the judge. The article goes on to say that 10 others states have similar legislation.

Reports from the Glasgow Daily Times indicate that Amanda did everything right. She filed a police report and a judge granted a domestic violence protective order. She then entered the period of time that is most dangerous for a victim of domestic violence and paid with her life.

Passage of the bill known as "Amanda's Law" will not effect every domestic violence offender. It will give judges another tool to use in the efforts to control those offenders that they feel are the most dangerous. With an ankle bracelet in place a sensor would set off an alarm to let victims know that the offender has broken an order of protection and is nearby. This would presumably allow victims a chance to react, call the police and to better protect themselves.

The goal is to keep other victims from the fate that Amanda Ross suffered. Hopefully, Amanda's Law will pass in Kentucky and set an example for all other states to follow.

Her memory deserves nothing less.