WBIR is reporting that a local pastor allegedly pulled a gun on his son and threatened the son's wife and family.  (Click here for the news report.) Note: The accused is always presumed to be innocent until judged by a court of law. 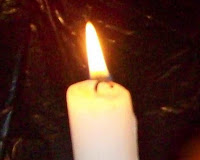 Family violence knows no boundaries and should never be tolerated. That there should even be a hint of domestic violence in a pastor's family goes against our sense of order. Parishioners immediately begin taking sides the minute an allegation of family violence is made. One of the reason's that domestic violence in a pastor's family is so reprehensible is because it not only endangers the family as a unit but the church family as a whole.

Some denominations require extensive psychological testing to be done on all pastors before they are admitted into ministry. These tests are often performed in addition to a background check. The tests are not failproof but they do offer a proactive defense against domestic violence in the pastor's family.

There is no excuse for family violence. Pastors especially should be vigilant about their own behavior and that of their family members. If there are issues that could potentially lead to domestic violence counseling should be obtained immediately. This may require a pastoral family to live apart for a year. Pastor's may balk that this could hurt their ministry and it might. In reality, a separation under counseling will hurt a ministry much less than an allegation or actualization of family violence or domestic abuse.